Old St Paul’s has an on-going connection with the United States Marines, a relationship forged during the Second World War when the US servicemen based in Wellington and on the Kapiti Coast used St Paul’s as their parish church.  For more information see this post.

For many years, the US Embassy, the church’s near neighbour, has held its Memorial Day service there in May every year. It is always a day of great colour and pageantry, as the Marines who work at the Embassy ‘parade the colours’, but is also a sombre one, as a day of remembrance for the men who served in World War 2 and other conflicts, and their colleagues still serving around the world.

Memorial Day in May 2012 was particularly special, as it was the 70th anniversary of the arrival of the US troops in Wellington. These photos record the service that was held in the church on that day.

Old St Paul’s is very fortunate to have ex-US servicemen, who remember the church from their days in New Zealand during the war, visiting on a regular basis. 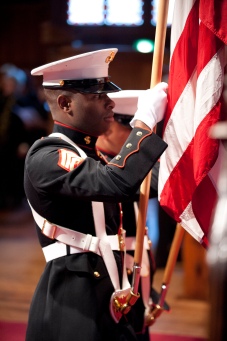 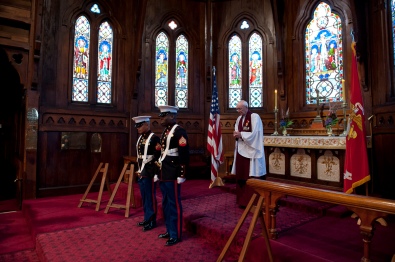 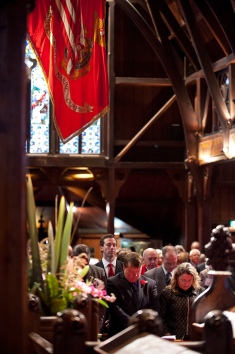 All images from US Embassy Flickr page, 2012.  Copyright: Creative Commons