This year, 2016, is going to be a big year for Old St Paul’s – with two important anniversaries falling in this year.

2016 is the 150th anniversary of the conscecration of the church, which occurred on 6 June 1866.  For a story about the consecration service, please see this story, and for an account of that day by the Bishop’s wife, Caroline Abraham, see this story.  At its opening, the church was a simple gabled building, comprising only a nave, apse and aisles, and bell tower.  Significant changes have since been made to the building, but they have all honoured and even enhanced the beauty of the building.

It is also the 50th anniversary of the sale of the church by the Anglican Church to the government in 1966.  This brought about the beginning of the new era for the church as it became a heritage place cared for by the New Zealand Historic Places Trust (now Heritage New Zealand).

the building must be retained on its present site in the Government Centre as an historic shrine and for use for dignified purposes.

We are fortunate that this far-sighted decision was made, allowing members of public to continue to enjoy the church 150 years after it was built, and 50 years after it became a historic place.  Today, around 100,000 people visit the church every year, and it is a vital part of the Wellington community. 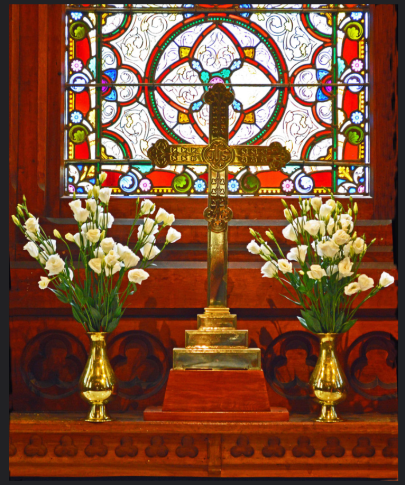