I have just found a brilliant set of images from Premier Richard John Seddon’s funeral in a glossy 8-page photo supplement in the Canterbury Times newspaper, which also provided us a set of great images of Old St Paul’s.

Richard John Seddon’s funeral in 1906 was a huge event for Wellington. The doors of the church was closed until the cortege arrived, to ensure only those travelling with the coffin were admitted, but even so the 800 seats were completely inadequate for those who wished to get in.

The pulpit and prayer desk were draped in purple hangings ‘which with violet form the church’s outward sign of mourning’. The Bishop of Wellington, Dr Wallis, and Rev Sprott, the vicar of St Paul’s, met the guncarriage bearing the coffin at the gates of the church and held the funeral service before the enormous crowds of mourners went to the government buildings, and then on to the Bolton Street cemetery.

The cortege is walked through the city before it arrived at the church, as seen in the image below, which is of the Maori contingent leading the casket, surrounded by enormous crowds. 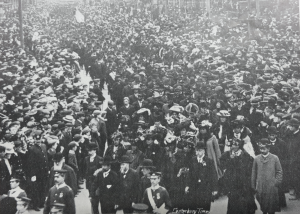 The casket, on a gun carriage, arriving at the church, greeted by the Bishop and clergy: 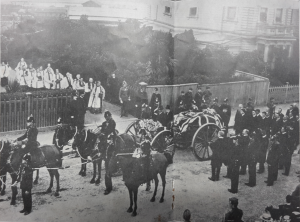 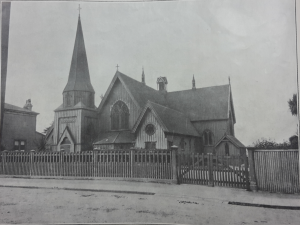 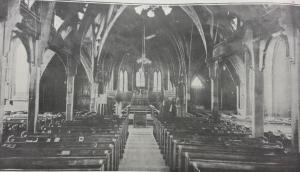 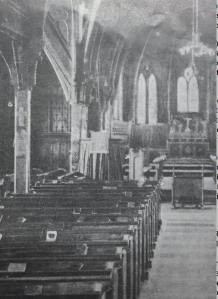 Seddon is now memorialised in the church with a beautiful oak pulpit, which replaced the pulpit which is shown draped in purple cloth in the image above. See this story for more information.